For Years and Years I Roamed: The Buddha of Suburbia (1993)

Evaluating this record is one of the most difficult reviews I’ve had to write for this project — because it’s quite difficult to assess this as a complete work, despite Bowie’s clear desire that we do so. This not-a-soundtrack album is one part notebook for sketching out the future, one part playground, and one part a change of scene. The best place (I think) to start judging this diverse and messy work is to look at where it fits into his discography. 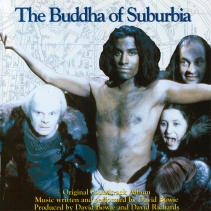 The early 90s were, to be blunt, an incredibly mixed time for Bowie. He had finally tasted the huge and lucrative chart-topping success that had eluded him all his career with his early-80s albums. He had scored an international #1 with “Ashes to Ashes” from 1980’s Scary Monsters , he was on Broadway as the Elephant Man , and film offers were pouring in. Suddenly, he was single, off drugs, and free of his previous bloodsucking management. Everything he touched was turning to gold, and he was determined to capitalise on (and monetise) that success.

Thus began the heartbreaking turn away (to his long-time fans) from his peak with the Berlin Trilogy and Scary Monsters, and into a period where ensuring both his wealth and legacy as a major rock star was his priority (some dare say “cashing in”). We’ll come to that period in more detail in due course, but consider this: given how quickly New Wave went commercial, in retrospect, Bowie might actually have been smart to “sell out” when he did — and while it did serious damage to his career long-term, the success did set him up to (eventually) return to the kind of creative work his core fanbase most appreciated.

His brush with pop idoldom didn’t actually last long; following his monster 1983 album Let’s Dance, the 1984 follow-up Tonight — despite having a few flashes of brilliance — was really only a stretched-out EP and didn’t even match Let’s Dance’s low bar; his pet film project Absolute Beginners  bombed; and it only got worse (in several different ways) from there. Again, we’ll cover his crawl back from the pit of the mainstream in future entries — but for context, his return to solo artistry after Tin Machine, 1992’s Black Tie White Noise, also did not do anything like the business his albums from 10 years prior had done, and he was effectively record-company poison by this point. It’s hard to imagine it now, but trading in your fan base for the embrace of the fickle public carries a very heavy price.

So finally, after years of giving audiences variations on a largely persona-less “real” (?) Bowie, he was back to where he’d started in the record business: full of charisma, looks, and talent — but unable to get it to all quite click. Fans will argue about where his long road “back” to being a major creative force quite began, but for me it started with the (still unreleased) material that lead to the focus of this review: a new and unpublicised work fostered by the most ordinary of “day jobs” — knocking out a soundtrack of incidental music for a BBC TV play called “The Buddha of Suburbia.” 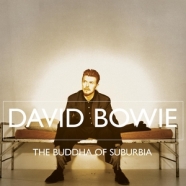 Bowie, in his liner notes for the later album of the same name, admits that the “motif driven small pieces” of music he made for that project don’t actually appear on this 1993 namesake album (apart from the title track, which is pure 90s-era Bowie … right down to the sax solos). Rather, that music became the jumping-off point for a written list of influences and memories that he tried to re-work into a full album project that he may have hoped would win back his late-70s audiences.

It didn’t, but not for lack of trying. Though it would never have been a hit anyway — it’s far too unfocused and eclectic — as a musical sketchpad of Bowie looking back on his life after 40 years in the music business, it is a nice change from the “driven by commerical interests” period that preceded it. Bowie later would periodically name it as his own favourite of his albums, but it’s difficult to gauge whether he was just protecting an under-loved project or if he genuinely felt (at least prior to his final two albums) that it was his most creatively-rewarding work. It certainly boasts the most extensive and forthright of any of his liner notes.

At the beginning of the resulting album, the idea of riffing off the motifs of the original soundtrack he’d done just didn’t seem to be working: Bowie and his collaborator on this project, Erdal Kızılçay, whipped up loads of functional sounds and some strong arrangements, but while the title track works fine, “Sex and the Church” just feels indulgent. The former song features some pleasingly quixotic lyrics (but without a strong musical counterpunch), just like most of Tonight and Never Let Me Down — and the latter is an admitted (in the liner notes) riff on provocative words without connection. These are followed with “South Horizon,” which I must bluntly describe as “mediocre jazz,” although it was nice to see old bandmate Mike Garson adding his signature touch to this and a couple of the other numbers.

Next up is another instrumental/ambient flirtation of the sort Bowie’s thrown around once in a while since at least Low called “The Mysteries” — and while enjoyable, it brings what little schizophrenic energy the album had managed to build up to a flying stop. As a piece by itself, it’s worthwhile, particularly in league with his other instrumentals over the years (and Bowie did eventually gather them in 1999 with the album All Saints).

“Bleed Like a Craze, Dad” picks up exactly where Black Tie, White Noise left off, with lots of faux-Rodgers touches, but also pointing out a path to where he was headed. It still doesn’t make a lot of sense, but the lyrics don’t use the dreaded “cut-up” Burroughs lyric methodology (which, truth be told, only works occasionally). The song has something to do with hanging out with the UK’s most notorious gangsters (Crays/Craze, get it?), and introducing them to his dad, and perhaps that wasn’t a good idea. Nice but kinda weird, just how you like your Bowie, and precisely the vibe he finally nailed down in his 1995 album, Outside.

Suddenly, though, a breakthrough: taking bits from all of his 80s music (even Labyrinth!) and blending it with chasers of Eno, Icehouse and Roxy Music, he comes up a cropper with “Strangers When We Meet,” a song so good he recorded it again for Outside. It’s such a startling change to the zig-zags of the record to that point that a dedicated fan listening on headphones, waiting patiently for some solid Bowie, might shed a tear of joy on hearing this obvious reconnection to his muse. The next track, the Kirsty MacColl-esque “Dead Against It,” only reinforces this notion: by gum, the Thin White Duke of Pop may be back!

The hat trick is completed with the rather different (but very foretelling) “Untitled No. 1,” the sound of which would turn up on Earthling  and “hours …”  in later years. These three songs lay out the blueprint for how Bowie would continue to work, up until his forced retirement from studio and touring performances in 2005 following a “minor” heart attack.

All too soon, however, Bowie brings down the curtain on this resurrection with another ambient instrumental entitled “Ian Fish, U.K. Heir,” which drones on too long (at 6:27) but does emphasise guitar more than most of his instrumentals (and I like the “fake vinyl fuzz” used throughout). The finalé of the album is a alternate version of the title track again (making for very obvious bookends) with a slightly harder-rock edge supplied by Lenny Kravitz (who, thankfully, does not sing). It’s not the best song on the album, and hobbled by its cut-up lyric style, so repeating it doesn’t do the listener any favours. It’s not a bad effort, but seems to say at the end of the day that all Bowie’s learned is that a bit more crunchy guitar laid over the stuff he did in the late 80s is all that’s needed (see also: Tin Machine). 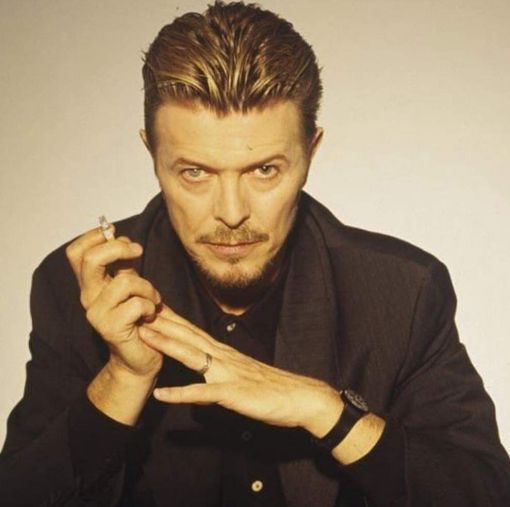 Happily, that wasn’t the takeaway from Buddha of Suburbia for Bowie, and the subsequent albums — while no longer the trendsetting documents he once spit out like pronouncements on his sexuality — were strong and satisfying enough to win back his old fans along with some new ones, decorated as they were with gems of brilliance. As he began sliding into middle age, Bowie had begun to pull off perhaps his greatest trick of all — dragging himself back from the edge of embarrassment, away from the cliff of self-parody. If he still occasionally borrowed from his disciples (and himself), well, there’s worse ways to keep the fires burning.

Two things I learned from this album is that, firstly, the man was unquestionably more than just a talented trendspotter; he was working really hard to match his output to his mental image of what he wanted to do. And secondly, at this point in his career a lot of people were more than ready to write his career epitaph as an art-rocker who became an unlikely but reliable radio star — but the long-time fans who managed to even find this album (as Bowie himself noted, it was labelled a soundtrack, and thus didn’t get any real marketing) may have noticed that this journey he was embarking on was pointing Bowie away from society’s idea of “success” and back to his own definition of it.